Do As The French Do: Savor Food, but in Moderation 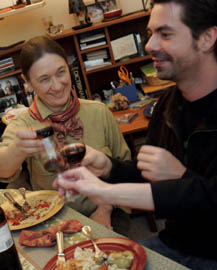 Is your love of food making you fat? Maybe your problem is that you don’t love food enough, says best-selling author Mireille Guiliano, whose book French Women Don’t Get Fat (Knopf, $22) tells women how to enjoy eating like the French and lose weight at the same time.

Even with all those rich cream sauces, cheeses and sinful desserts? Oui, says Guiliano, who’s touring to promote her book. Deprivation doesn’t work. The key is savoring the tastes and smells of a good meal, eaten with family and friends, rather than wolfing down fast food in the car, in front of the TV or over a laptop.

"I watch people in airports sitting and multitasking and eating, and there is no pleasure," she says. "Food is something we respect, and we have to take the time."

In our fast-paced culture, it can seem impossible to find time to cook a full sit-down meal and eat it slowly. However, some transplanted Texans from France say they are able to maintain their weight by holding on to their French food rituals.

North Oak Cliff resident and French native Pierrette Lacour, 55, came to the United States 30 years ago and raised her children here. She says she stays thin because she cooks her own meals and enjoys them with friends. Each week, she shops for seasonal vegetables, sets her table with her best china, silver and crystal and hosts a festive meal for eight.

"Eating shouldn’t be just to feed yourself, but a time to share food, conversation, feelings, and that way you can control what you intake," says Lacour. "I hate eating alone."

She says the dinner doesn’t take her very long to cook in her small kitchen – she whips up a grilled fish or meat with a simple sauce, perhaps a gratin, a potage of pureed vegetables, some fresh fruit and a dessert – and she gets it all done in less than an hour using simple cooking techniques. She says she’s not a fabulous cook, but her friends are always amazed.

"Cooking is very important – it’s all about enjoyment," says Lacour. Many Americans "satisfy their hunger and that’s it, but there’s more to life than to satisfy your basic needs."

Guiliano urges women to look at when and why they overeat, part of what she calls "recasting."

She says the decision to lose weight shouldn’t be about fear or self-loathing, but should come out of a desire to enjoy life – and food – more. For example, pampering yourself with a well-prepared meal instead of polishing off a bag of chips is more pleasurable – and better for you.

Many of the tips in the book aren’t rocket science; you’ve probably heard most of them before: drink more water, take smaller portions, exercise a little more, eat fresh fruits and vegetables – and indulge yourself every now and then so you don’t feel deprived.

"I had lunch with a socialite doing the Atkins diet, and I felt very sad – what a life! – all she talks about is the diet," said Guiliano, who is the CEO of winemaker Clicquot Inc. "My book is common sense and nothing drastic. It doesn’t tell you, ‘Don’t eat this’ and ‘Don’t eat that.’"

Guiliano says that if a Frenchwoman wants to have a dessert, she’ll have it. She says Frenchwomen know they can indulge themselves occasionally as long as they make up for it with an overall balance of calories.

"A Frenchwoman might have the whole dessert, but in her head she’ll say, ‘OK, yogurt for breakfast, salad for lunch,’" she says of the mind-set. "It becomes automatic."

Guiliano says daily walking is another key ingredient in the French lifestyle – and again, the goal is enjoyment rather than strictly weight loss.

"If you love the gym, then that’s what you love, but move your butt," she says laughing. "The easiest, least expensive exercise is walking. The benefit of being outside, an inner conversation, looking at beauty – adding 15 minutes a day in walking can make a difference."

Some of the pointers in the book may not sit well with everyone. Guiliano, also a director of Champagne Veuve Clicquot, recommends drinking wine with meals and introducing children to wine at a young age. (She herself tasted her first Champagne at age 6.)

She also writes a lot about eating yogurt and leeks for weight control – but what do you do if you don’t like them? That’s OK, she says. She doesn’t expect readers to do everything in the book, but rather to choose the things that make sense to them.

"You’re not going to lose 30 pounds in a week. You’re going to learn a new lifestyle," she says. "I’m saying, ‘Here are a hundred little tips – pick two or three things that work in your lifestyle and see what happens.’" 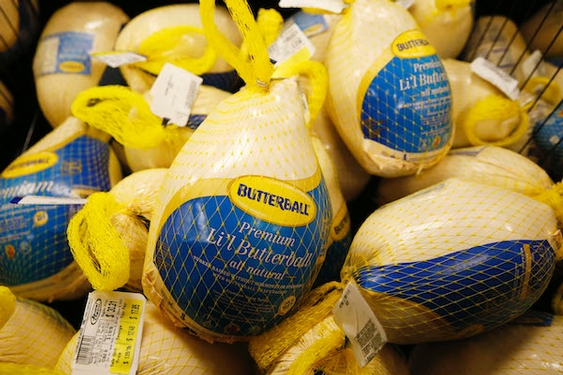 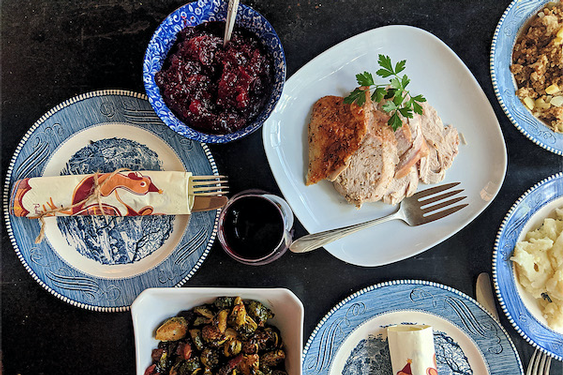 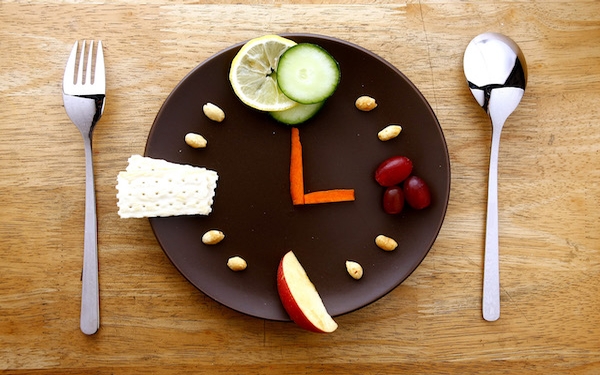 Special Features Dining
What is the planetary diet? New diet could save Earth, save lives and aid world hunger, study says
2,374 views 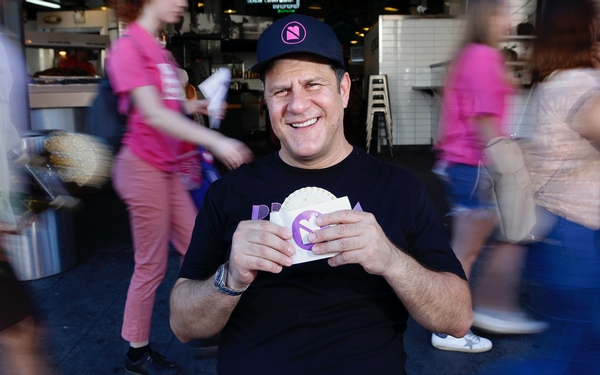 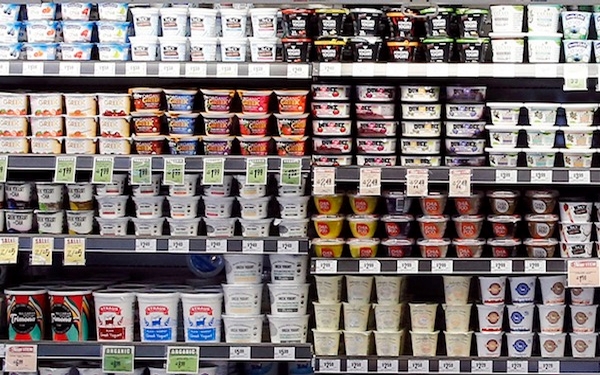 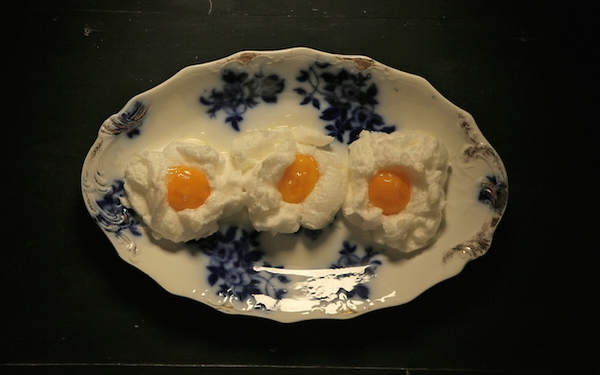 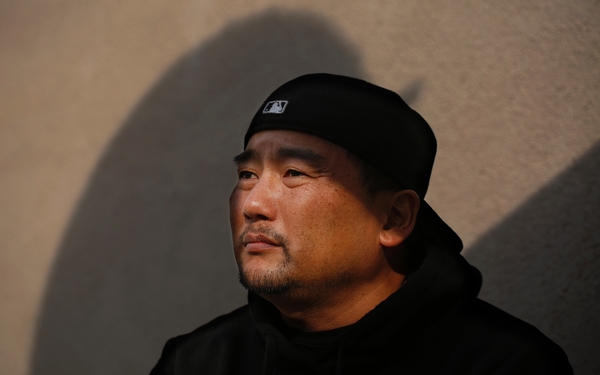 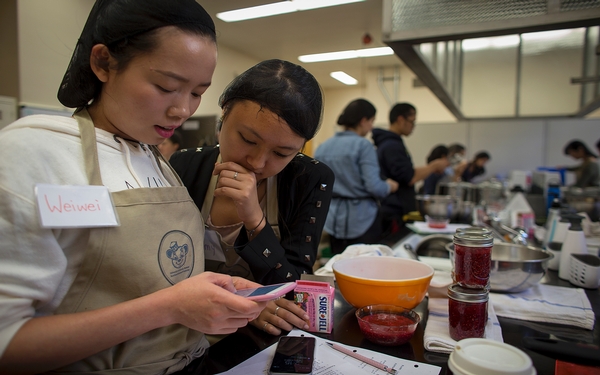 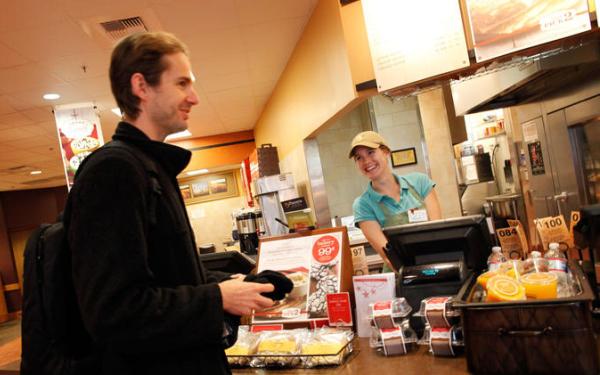 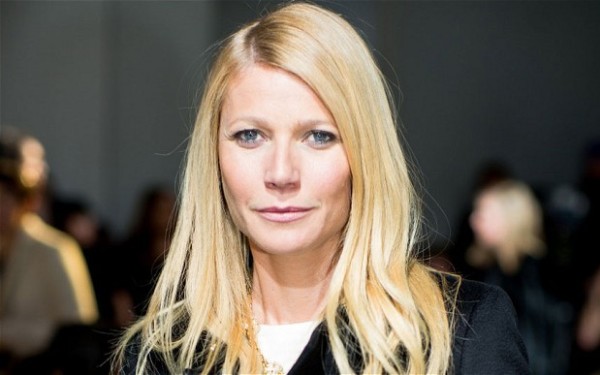 Special Features Dining
When the rich try to eat like they’re poor
1,887 views