A Conversation with Glenn Close 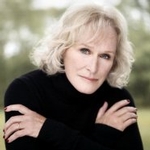 Not only has she won a Tony for Sunset Boulevard and is an Emmy winner for her current role on Damages, but she received an Oscar nomination for her film debut, The World According to Garp and is an Oscar hopeful for her latest big screen role in Albert Nobbs which will be screened after.
Official Website
This event page has been viewed 898 times.
bid=||