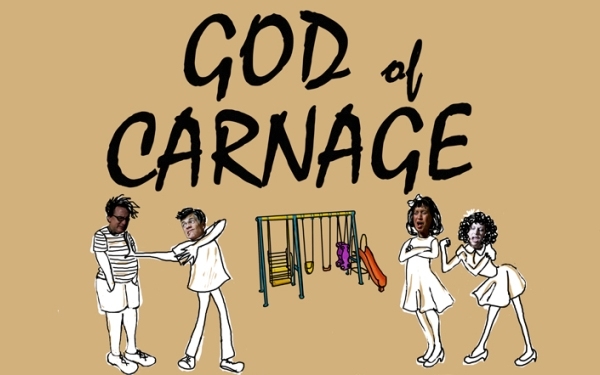 In Yasmina Reza’s savagely caustic Tony-award winning comedy, a playground altercation between eleven-year-old boys brings together two sets of Brooklyn parents for a meeting to resolve the matter. At first, diplomatic niceties are observed, but as the evening progresses and the rum flows, it quickly deteriorates into a finger-pointing, fur-flying, hilarious brawl, leaving the couples with more than just their liberal principles in tatters.

Official Website
This event page has been viewed 902 times.
bid=||