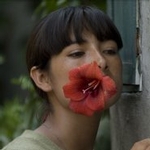 Fausta is suffering from a rare disease called the milk of sorrow, which is transmitted through the breast milk of pregnant women who were abused or raped at the time of Peru’s history of terrorism. While living in constant fear and confusion due to this “disease,” Fausta faces the sudden death of her mother. She chooses to take drastic measures to not follow in her mother’s footsteps. The film won the 2009 Golden Bear award and FIPRESCI prize at the Berlin International Film Festival. It was nominated for the 82nd Academy Awards for Best Foreign Language Film, becoming the first Peruvian film to be nominated for the award.
Official Website
This event page has been viewed 831 times.
bid=||