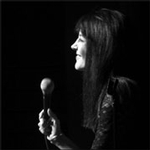 Miller explained the origins of her Sexy Liberal Comedy show, "This tour came from the desire to bring 'liberal' comedy to people yearning for intelligent humor in their geographic region. People assume that 'progressive' and 'liberal' comedy and entertainment doesn't sell but since this tour launched, we have been proving the exact opposite." A portion of the evening's proceeds will go to the Trevor Project.
Official Website
This event page has been viewed 887 times.