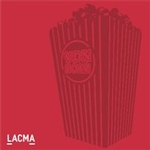 Now in its eleventh year, Young Directors Night highlights the emerging talent of the Los Angeles film community. A celebration of film and the art of cinema, the showcase features seven short films screened in the unique setting of an art museum. The event is not only designed to be a film exhibition, but it also creates an educational experience highlighting the intricacies of the filmmaking process. A host panel of industry luminaries will engage the directors on the process of creating films.

The exhibition doubles as a competition, the host panel and audience voting for best in show. The winner takes home the Art of Film Award as well as prizes aimed at furthering the director's craft, including an all-access pass to the Los Angeles Film Festival provided by Film Independent.

Official Website
This event page has been viewed 833 times.