Making Rumours: The Inside Story of the Classic Fleetwood Mac Album 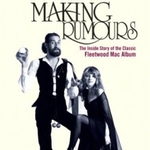 The album's co-producer, Ken Caillat, discusses and signs his book that details the making of the album that generated four top-ten singles, topped the Billboard album charts for thirty-one weeks and won the Grammy Award for Album of the Year in 1977. It went on to become the fifth bestselling album to date - forty million copies and counting — and Rolling Stone's twenty-fifth greatest album of all time.
Official Website
This event page has been viewed 743 times.