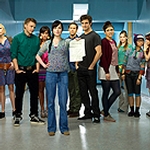 Many cast and crew members will be onhand to celebrate the season two premiere. The breakout comedy series, which the New York Times called “the smartest, freshest, most moving new sitcom of 2011,” is about the events in our formative years that define us, sometimes for the best and sometimes for the worst.
Official Website
This event page has been viewed 784 times.