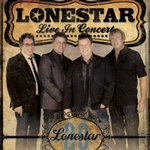 Their best-known and biggest hit was 1999's "Amazed", a crossover hit that reached Number One on both the country charts and the Billboard Hot 100, becoming the first single to do so since Kenny Rogers and Dolly Parton's "Islands in the Stream" in 1983.
Official Website
This event page has been viewed 799 times.
bid=||