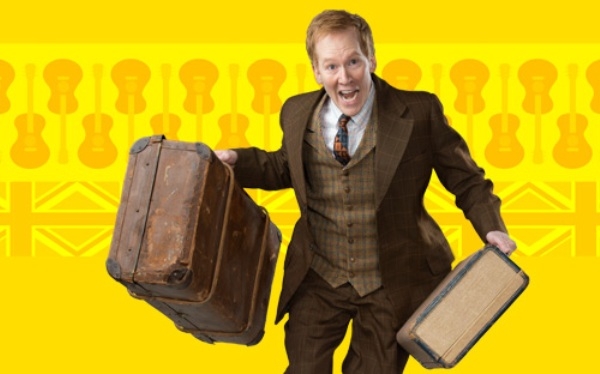 Gleeful critics have cheered from London (“deliriously daft and diabolically joke-stuffed”— Independent) to New York (“splendidly silly”—The New York Times) over this delicious farce set in swinging ’60s Brighton. Francis, a failed washboard player with an insatiable appetite, finds himself in the employ of both Roscoe, who is really his own twin sister (in disguise), and Stanley, a well-bred twit (who actually killed the real Roscoe). And that’s only the beginning! In this adaptation of The Servant of Two Masters, food flies, pants drop and madness abounds, to the tunes of a live band (minus its washboard).

Official Website
This event page has been viewed 850 times.
bid=||