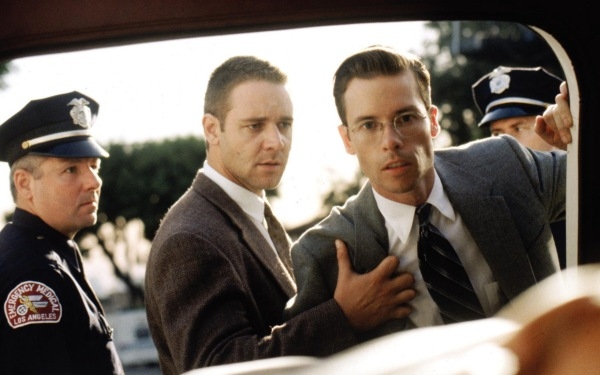 Many of the events in the movie were based upon real events. These include the Bloody Christmas scene where drunken police officers brutally beat up Hispanic prisoners suspected of beating up two uniformed cops (the real-life cops involved were named Trojanowski and Brownson -- in the film, they're referred to as Helenowski and Brown); the plot line of real-life gangster Mickey Cohen's arrest touching off a gang war for control of the rackets; the LAPD Goon Squad which would kidnap out-of-town gangsters, beat them up and threaten to kill them if they ever tried to come back to set up their operations; Lana Turner dating gangster Johnny Stompanato.

Official Website
This event page has been viewed 829 times.