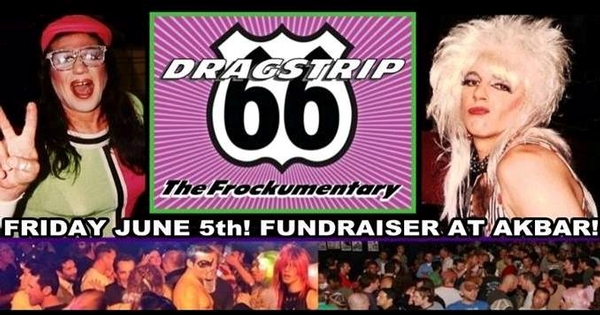 Dragstrip 66 launched in January 1993 (just as Bill Clinton was sworn in), and soon became the communal home to creative revelers who needed to celebrate life together again after 12 long years of right-wing politics and so many friends lost during the AIDS crisis. The club ended its unprecedented 20-year run in January 2013. "Frockumentary" co-directors Phil Scanlon and Paul V. will share the story of the now-legendary pansexual nightclub while inviting viewers to experience the convergence of '90's alternative music, queer politics, and subversive drag culture.

Official Website
This event page has been viewed 868 times.