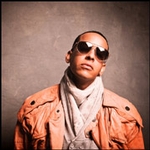 With more than nine #1 hits on Billboard's radio charts a blockbuster film and four chart topping albums to his name—including the top-selling Latin album of the decade and the top-selling Latin urban artist of the decade according to Billboard Magazine (2010), Daddy Yankee is the single most relevant Latin urban artist in the world.
Official Website
This event page has been viewed 812 times.