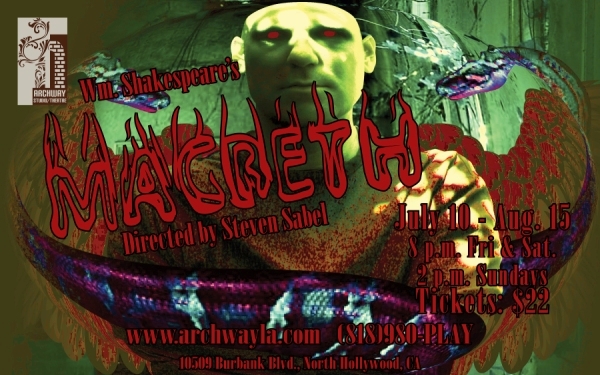 Directed by producing artistic director Steven Sabel, the production will present the play’s darkest themes of pathological psychosis. Loosely set inside a run-down mental asylum, Sabel’s production explores the text as a commentary on mental health, he said. “The Macbeths are sociopathic delusional homicidal maniacs who are prone to paranoia and hallucinations,” said Sabel. Layered with a 1980s rock and roll design element, the production draws parallels between the conflicting archetypes depicted in Shakespeare’s text, and those of the decade of Reaganomics, “Just Say No,” the yuppie generation, Heavy Metal, and the punk rock revolution.

Official Website
This event page has been viewed 874 times.