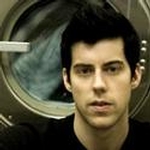 Speaking of pop music for grown-ups and cool kids, Jack’s Mannequin will likewise fill that role, though frontman Andrew McMahon will make you feel significantly more stoked on life by the time his set’s done. The magic of a Jack’s show, however, is very much locked in McMahon’s vocals. While his band’s instrumentation is all top notch, it’s McMahon’s natural ability to convey emotion with his signature voice that makes his band so special. Whether it’s lighter, more fun subject matter or McMahon baring the dark recesses of his soul vocally, he is relatable above all else. But even when going to those darker lyrical places and dishing the emotional real talk, the underlying optimism that makes McMahon such a generally awesome dude still never fails to shine through. - Brian Overly

Official Website
This event page has been viewed 1274 times.