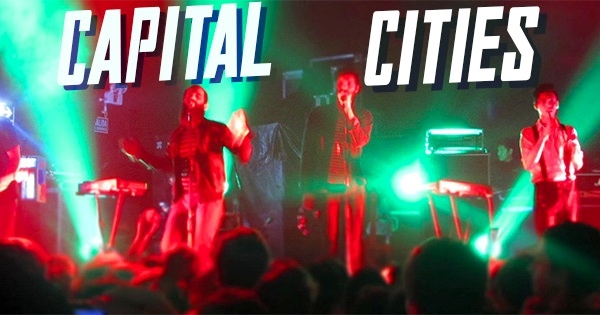 In 2008, Ryan Merchant found Sebu Simonian on craigslist in his search for a collaborator. The two formed a composing team, and in 2010, they began producing material for Capital Cities. The band released their debut EP in June 2011 independently and soon after, the lead single, ‘Safe and Sound,’ shot to #2 on Hype Machine and charted #1 on CMJ’s A&R unsigned spin chart.

Official Website
This event page has been viewed 1078 times.
bid=||