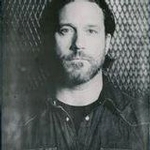 Years and years ago, when I was but a fledgling music writer watching Hot Water Music thrash and screech and shred on stage, I never thought that all this time later I’d be standing in front of an acoustic guitar-laden Chuck Ragan, let alone that this new Ragan could make me emo. If there’s one thing I love though, it’s when artists can show musical versatility without having it feel forced or contrived, and Ragan’s folky, bluesy style is definitively organic while his signature gritty, raspy vocals remain as viscerally evocative as ever. Basically, if Ragan’s crooning can’t move you, there’s a good chance you’re a soulless monster. - Brian Overly

Official Website
This event page has been viewed 1155 times.
bid=||