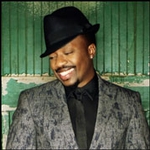 He was first introduced to mainstream audiences with his singing of the chorus on Nappy Roots' 2002 "Po' Folks," which earned a Grammy Award nomination for "Best Rap/Sung Collaboration" in 2003. He is also featured on Jadakiss' 2004 hit "Why" (which was also nominated for "Best Rap/Song Collaboration" in 2005).
Official Website
This event page has been viewed 850 times.