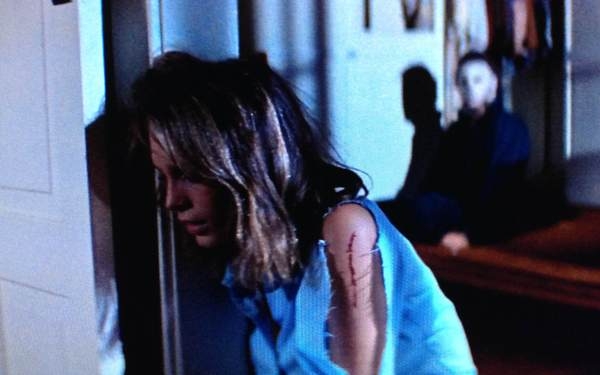 For years after 'Halloween' was released people would tell writer/director John Carpenter how horrified they were by Michael Myers' grotesquely disfigured face, glimpsed when Laurie pulls his mask off for a moment towards the end of the film. But actually all they saw was the ordinary face of the actor playing the role. Carpenter cites this as evidence of the power of suggestion in cinema, that the audience saw a monster on-screen so assumed that he must look like a monster underneath the mask.

Director John Carpenter and actress Jamie Lee Curtis sit down with Geoff Boucher for a discussion after a newly restored screening of 1978 classic.

Official Website
This event page has been viewed 717 times.