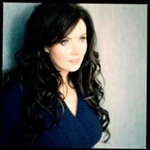 Brightman is the first artist to have been invited twice to perform at the Olympic Games, first at the 1992 Barcelona Olympic Games where she sang "Amigos Para Siempre" with the Spanish tenor Jose Carreras with an estimated global audience of a billion people, and sixteen years later in Beijing, this time with Chinese singer Liu Huan, performing the song "You and Me" to an estimated 4 billion people worldwide.

Official Website
This event page has been viewed 977 times.