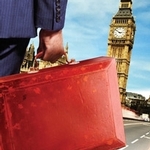 Join the Prime Minister and an always hilarious cast of characters, ranging from the scheming Cabinet Secretary, the morally confused Principal Private Secretary and the beautiful but ruthless Head of the PM’s Policy Unit as they lurch from crisis to crisis, trying to survive a disastrous weekend that teeters on the edge of catastrophe despite their best (and worst) intentions. Will they manage to save the Euro from collapsing, resolve the energy crisis, solve the debt crisis, hide an embarrassing illegal immigrant, control the media and avoid public humiliation? Brits and Yanks alike can bank on the laughs in the American premiere of this uproarious satire fresh from an acclaimed West End run.
Official Website
This event page has been viewed 727 times.
bid=||