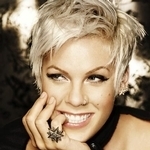 P!nk has sold over 40 million albums and 70 million singles worldwide, making her one of the best-selling artists of all time while at the end of 2009, Billboard magazine named P!nk the number one Pop Artist of the decade, as well as naming her the 13th overall music artist of the decade.

Official Website
This event page has been viewed 1324 times.
bid=||