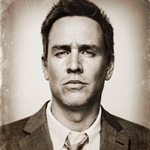 Whether he’s singing an ode to “queer tattoos,” telling his potential paramour all the things he won’t be doing for her (he ain’t fightin’ no Lion), or lamenting his new vegan lifestyle (“Tofurkey? Tof**k yourself- I want some meat”), Stephen Lynch will always consider himself “a musician trapped in the body of a comedian." His unique blend of musical based comedy has earned him fiercely loyal fans around the world who live to experience his sold-out live shows, four best-selling CDs, his RIAA-certified Gold DVD and his top-rated Comedy Central Specials.

Official Website
This event page has been viewed 777 times.
bid=||