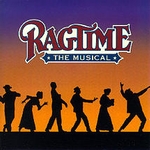 Ragtime is the quintessential American musical that won several Tony Awards in 1998. It paints a powerful portrait of life at the turn of the century. Three stories are woven together that poignantly illustrate the struggle Americans faced dealing with class, race, money and justice in a country still struggling to find balance as they moved from the 19th to the 20th century. It was a tumultuous time when immigrants were looking to find hope in America, when former slaves and their children, now freed, were trying to establish their hold on the American dream, and the white upper middle class society struggled to maintain their lifestyle and expectations.
Official Website
This event page has been viewed 714 times.
bid=||