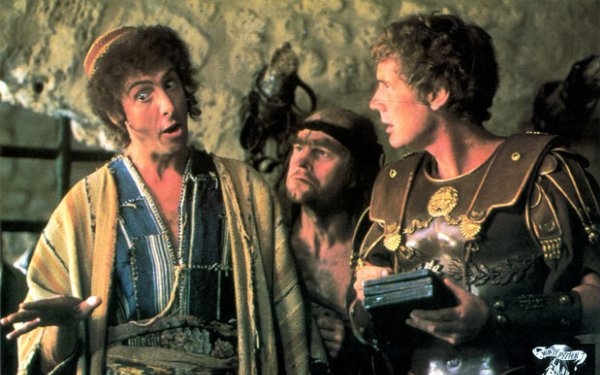 Eric Idle originally recorded the song "Always Look on the Bright Side of Life" in his normal singing voice. After deciding this was not quite right, he re-recorded it with a Cockney accent, singing the new dub in a hotel room with mattresses pushed up against the walls. The line, "Bernie, I said, they'll never make their money back" refers to Lord Bernard Delfont pulling out of financing the movie at the last minute. In the 2000s, the song was reused in the musical "Spamalot," adapted from Monty Python and the Holy Grail.

Official Website
This event page has been viewed 881 times.