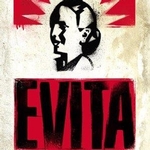 The musical began as a rock opera concept album released in 1976. Its success led to productions in London's West End in 1978, winning the Laurence Olivier Award for Best Musical, and on Broadway a year later, where it was the first British musical to receive the Tony Award for Best Musical.
Official Website
This event page has been viewed 760 times.
bid=||