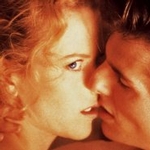 Appeared in the Guinness Book of Records with the record for "The Longest Constant Movie Shoot" - at 400 days. Though often referred to as Stanley Kubrick's "unfinished masterpiece," the final edit of the film was actually presented to Warner Bros. (by Kubrick) a full four days before his death.
Official Website
This event page has been viewed 734 times.
bid=||