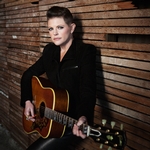 Her single, "Mother," was initially released on the soundtrack to the documentary West of Memphis, a film which chronicles the story of the three wrongly-imprisoned Arkansas teenagers known as the West Memphis Three, whose cause Maines has tirelessly championed in recent years. She says that "Free Life" is also included on the album because of its connection to the case: She performed the song at a rally when the young men were still in prison, and it became a favorite of the wife of Damien Echols, one of the WM3.
Official Website
This event page has been viewed 733 times.