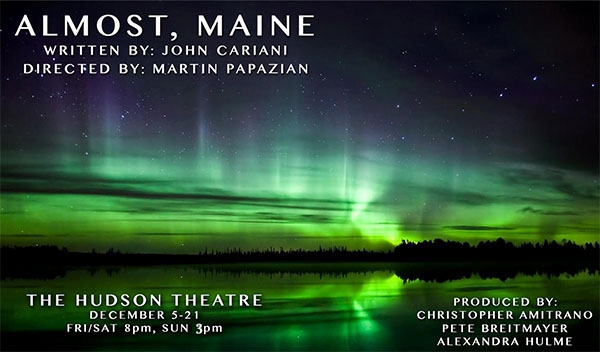 Almost, Maine - a town that's so far north, it's almost not in the United States, it's almost in Canada. And it almost doesn't exist. Because its residents never got around to getting organized. So it's just Almost. One cold, clear night in the middle of winter, while the northern lights hover in the sky above, Almost's residents find themselves falling in and out of love in the strangest ways. Knees are bruised. Hearts are broken. Love is lost, found, and confounded. And life for the people of Almost, Maine will never be the same. It's love. But not quite.

Official Website
This event page has been viewed 812 times.