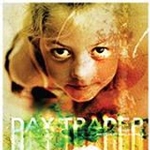 A comedy writer in a career freefall becomes convinced that he deserves more, and sets out to write his own Hollywood ending. Truth proves stranger than fiction as he implicates his family, his best friend, and a bewitching young woman to get what he thinks he’s got coming. Seduction, suspicion, and suspense become intertwined in a twisted tale of comic noir that leaves no one unscathed.
Official Website
This event page has been viewed 625 times.