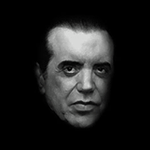 Academy-award nominee Chazz Palminteri stars in this powerful world premiere play. Gino Sicuso is a diminishing Mafioso, a forgotten brother and son, banished to Detroit by his father Carmello Sicuso, the Capo dei Capi of the third largest crime family in New York. He’s been relocated for his inability to follow orders (he can’t commit murder), and hasn’t had direct communication with any of his family members in years. His wife Rosie Sicuso has Gino on the road to redemption with the hope that he can mentally turn his life around. Having no such trouble with maiming, beating and killing is Gino’s older brother, Sal Sicuso, a brutal mobster who unexpectedly shows up at his door. What transpires is a gripping, savage and wildly humorous glimpse at the Cosa Nostra, where the fine line between loyalty and betrayal is explored and where the sacred code of Omertà is shaken to the core.

Official Website
This event page has been viewed 744 times.