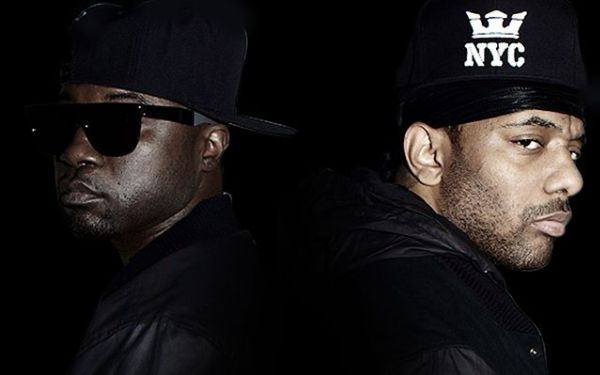 Mobb Deep was part of the infamous East Coast vs West Coast Hip Hop rivalry that was fueled and increasingly promoted by the private media. The beef started when Snoop Dogg and the West Coast group, Tha Dogg Pound released "New York, New York" which Mobb Deep, along with Capone-N-Noreaga and Tragedy Khadafi responded with the song "L.A L.A" (This song can be found on Capone-N-Noreaga's debut album The War Report). This song was released during rapper Tupac Shakur's final days of incarceration. Members of Tupac's group, Outlawz, allegedly attended a Mobb Deep concert; they then visited with Tupac over public rumoring that the duo had snubbed them at the concert. Tupac dissed Mobb Deep on multiple tracks, including: "Hit 'Em Up" and "When We Ride on Our Enemies" in which Tupac makes light of Prodigy's sickle-cell disease. Additional Tupac diss tracks include: "Bomb First (My Second Reply)" where Tupac said "You're barely breathin'" and "Against All Odds," both of which were released on Tupac's posthumous studio album, The Don Killuminati: The 7 Day Theory. Mobb Deep retaliated on their 1996 release of Hell on Earth, which contains a diss track entitled "Drop A Gem On 'Em."

Official Website
This event page has been viewed 750 times.
bid=||