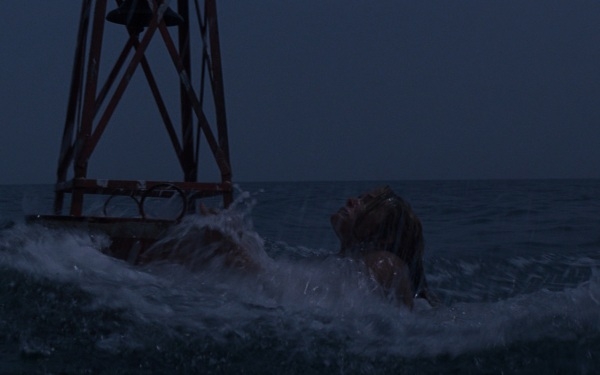 There is a much-repeated story that a lot of the pain on Susan Backlinie's face (Chrissie Watkins, the first victim) is real, since as well as moving her about in the water, the frame she was strapped into was breaking her ribs. There were two 300-pound weights attached to Susan Backlinie that were being tugged by two groups of crewmen on shore. One group would pull right, and the other would pull left. It took three days to film that sequence. In a radio interview, she denied being injured. One other minor detail of note in the making of the scene was Chrissie’s gurgling sound during the attack. To accomplish this drowning sound effect, Backlinie was positioned, head upturned, in front of a microphone, where water from above was poured down her throat.

Official Website
This event page has been viewed 1328 times.