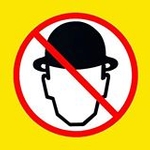 Songwriter Ivan Doroschuk has explained that "The Safety Dance" was a protest against bouncers stopping dancers pogoing to 1980s New Wave music in clubs when disco was dying and New Wave was up and coming. New Wave dancing, especially pogoing, was different from disco dancing, because it was done individually instead of with partners and involved holding the torso rigid and thrashing about. To uninformed bystanders, this could look dangerous, especially if pogoers accidentally bounced into one another (the more deliberately violent evolution of pogoing is slam dancing).

Official Website
This event page has been viewed 671 times.