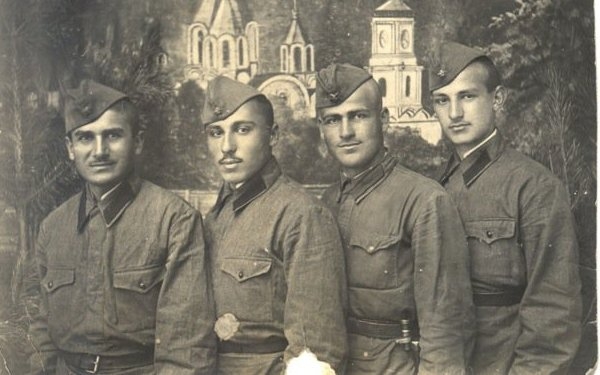 Sometimes a story is so inspiring that it must be told. Such is the astonishing life of Wachtang “Botso” Korisheli—musician, sculptor, and beloved teacher to generations. Born in the former Soviet Republic of Georgia, young Botso was affectionately held by Josef Stalin not long before Stalin’s brutal regime ordered the execution of Botso’s father, popular actor Platon Korisheli. Remarkably, Botso was allowed 20 minutes to see his father one last time. Here, inside a dark prison, Platon communicated to his son what was most important about living your life, words that still inspire him at the age of 91. This powerful moment helped Botso not only endure years of suffering at the hands of both the Soviet army and Nazis during World War II, but also gave him the determination to maintain an infectious passion for humanity, the arts, and life itself. Eventually arriving in America with nothing but hope, Botso furthered his musical training and became a beloved educator of children. He went on to touch generations of students, inspiring some of the world’s premier musical artists, including five-time Grammy Award winner Kent Nagano.

Official Website
This event page has been viewed 644 times.