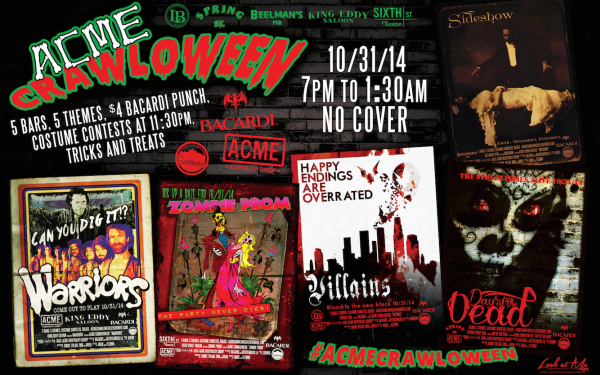 ACME Hospitality Group has been scheming with all five of its Downtown LA bars to exorcise their drinking demons with uniquely themed parties. The Patrick Batemans and Freddy Kreugers will want to gather with like masterminds at Library Bar's Villains bash, whereas the undead can bond over similar interests and mutations at Sixth Street Tavern's Zombie Prom. Any way the creepy crawler slices it, each bar will dole out candy treats, throw in a few undisclosed tricks, offer a signature spiked punch for $4, and judge a costume contest around 11:30pm.

Official Website
This event page has been viewed 511 times.