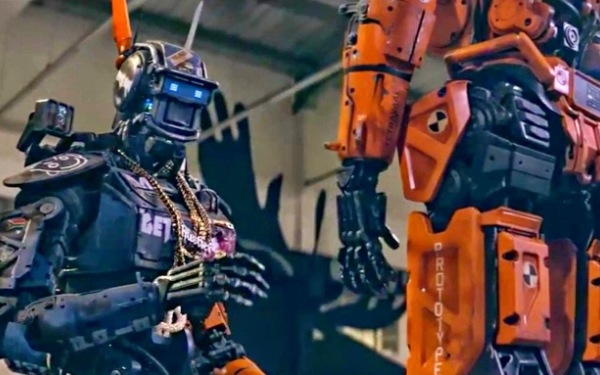 Neill Blomkamp (District 9, Elysium) expands on his 2003 short film Tetra Val in this futuristic sci-fi saga written in collaboration with screenwriter Terri Tatchell (who previously worked with Blomkamp on the screenplay for District 9), centering on the story of a police robot named Chappie, who develops the ability to think and feel for himself. As people fight back against the mechanized police force, sinister forces seek to capture Chappie for their nefarious purposes.

Official Website
This event page has been viewed 1131 times.
bid=||