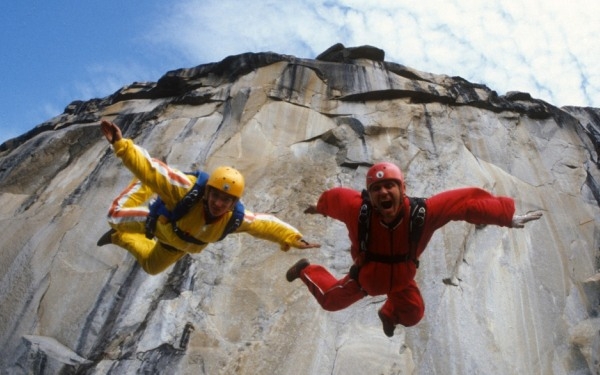 A heart-racing documentary portrait of Carl Boenish, the father of the BASE jumping movement, whose early passion for skydiving led him to ever more spectacular –and dangerous– feats of foot-launched human flight. Experience his jaw-dropping journey in life and love, to the pinnacle of his achievements when he and wife Jean broke the BASE jumping Guinness World Record in 1984 on the Norwegian 'Troll Wall' mountain range. Incredibly, within days, triumph was followed by disaster. Told through a stunning mix of Carl's 16mm archive footage, well-crafted re-enactments and state-of-the-art aerial photography, Sunshine Superman will leave you breathless and inspired.

Friday, May 22 and Saturday, May 23 – Q&A after the 7:20pm show (and intro to the 10:00pm) with star and world’s first female BASE jumper Jean Boenish and director Marah Strauch

Sunday, May 24 – Q&A after the 2:40pm show with world’s first female BASE jumper Jean Boenish

Official Website
This event page has been viewed 557 times.