James Bond: Behind the Scenes with the World's Favorite Secret Agent 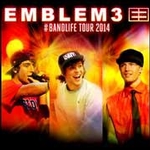 For almost 50 years, the name Albert R. "Cubby" Broccoli has been synonymous with the most prolific and longest running film franchise in cinema, Ian Fleming's James Bond series. Beginning with Dr. No in 1962, Broccoli transformed Fleming's novels into a groundbreaking and trendsetting pop-culture phenomenon. Presented in celebration of the Cubby Broccoli centennial, this three-day festival will feature screenings, discussions and an exhibit examining the impact of the Bond series and the producer who brought it to the big screen.

Official Website
This event page has been viewed 1024 times.