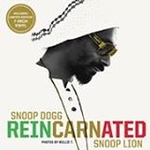 He has starred in episodes of King of the Hill, Las Vegas and Monk, as well as three episodes of One Life to Live, participated in two Comedy Central Roasts - for Flavor Flav and Donald Trump - and had cameo television appearances on episodes of The L Word, Weeds, Entourage, I Get That a Lot and The Price Is Right.
Official Website
This event page has been viewed 784 times.