Around mid-morning on August 24, 79 A.D., Mount Vesuvius erupted.  Molten rock and pumice was expelled from Mt. Vesuvius at a rate of 1.5 million tons per second.  Rocks and volcanic ash filled the atmosphere, turning day into night.  Within 24 hours, the Roman city of Pompeii lay destroyed – and perfectly preserved – under 15 feet of ash and volcanic debris.  It is estimated that about 16,000 people died in the eruption.

In 1748 when explorers examined the site, they found that the volcanic ash had acted as a preservative, and many of the buildings and even the skeletons and remnants of city life were still intact. This city frozen in time provided historians with a glimpse into what life was like in ancient Rome.

Pompeii: The Exhibition, opening October 6, 2018 at the Ronald Reagan Presidential Library and Museum, features over 150 authentic artifacts on loan from the renowned Naples National Archaeological Museum in Italy.  These are not replicas, but rather original, 2,000-year-old objects that were preserved in the ash.  These artifacts include wall-sized frescos, marble and bronze sculptures, jewelry, ancient Roman coins, and full body casts of the volcano’s victims.

Official Website
This event page has been viewed 267 times. 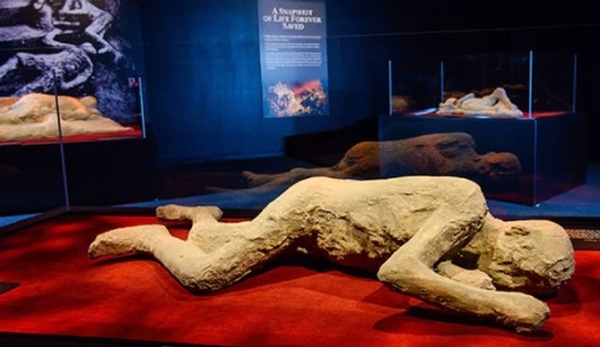