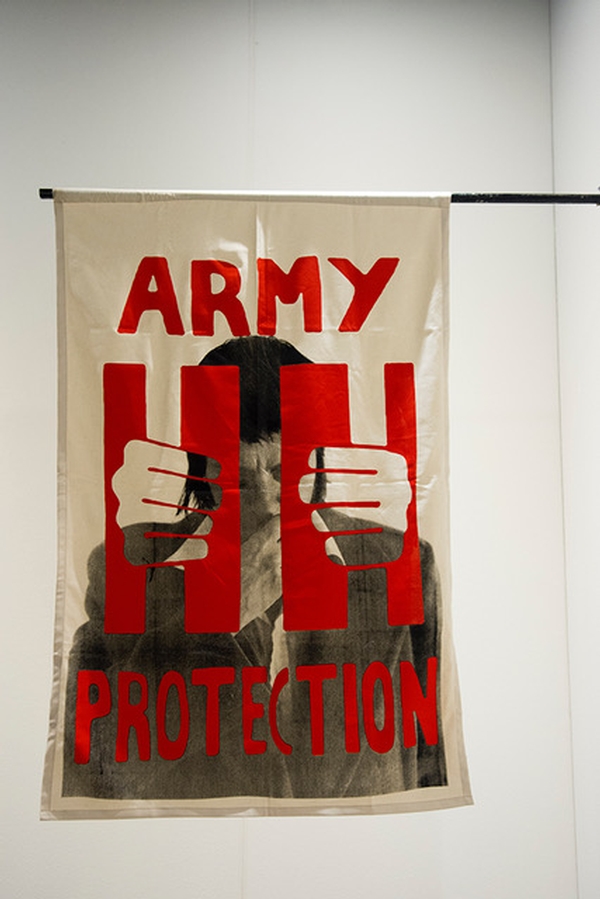 The Los Angeles Municipal Art Gallery is pleased to present Trouble, the first institutional solo exhibition in Los Angeles by artist Mariah Garnett from February 14 to April 14, 2019. Surveying Garnett’s work to date, the exhibition includes a selection of her films and installations from 2010 to the present day, alongside related prints. At the heart of Mariah Garnett’s exhibition will be an installation of her new film Trouble, a feature-length experimental documentary about the artist’s burgeoning relationship with her father, whom she only met in adulthood. The film travels to his native Belfast where Garnett immerses herself in past and present political struggles. Trouble has been in the making for over four years and represents the culmination of all of the works in the exhibition. Garnett’s earlier work - from war veterans turned Hollywood stuntmen in Full Burn (2014) to a friendship with a gender-ambivalent ten-year-old in Picaresques - will also feature and what unites the films is a dismantling of the power structures surrounding representation in mainstream cinema. By including her own image, Garnett positions queerness in relationship to subject matter that on the surface may seem disconnected from LGBT identity. There will be vibrant programming throughout the run of the show with an opening reception on February 10 from 2 – 5 PM. The gallery is located in Barnsdall Park (4800 Hollywood Boulevard, Los Angeles).

Official Website
This event page has been viewed 107 times.
bid=||