The Wallis and four Lark's Production of Frankenstein 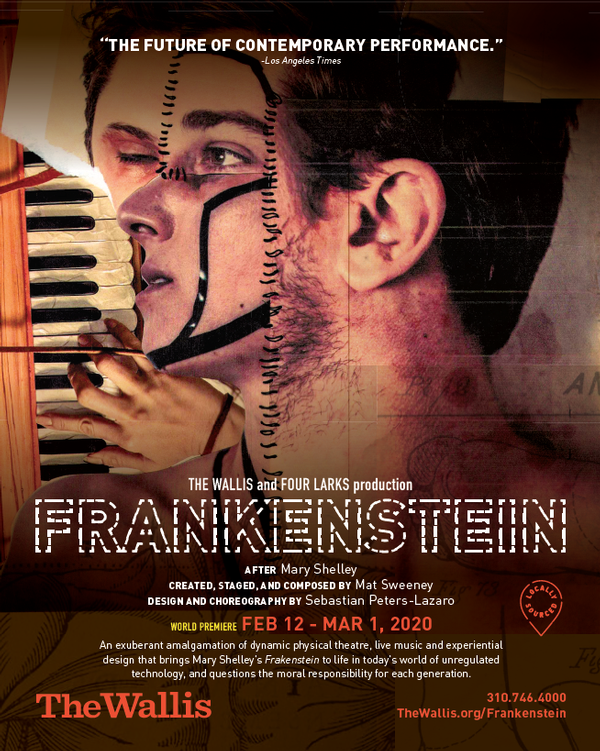 WORLD PREMIERE: The Wallis and L.A.-based Four Larks (in their Wallis debut) are developing Frankenstein, an exuberant amalgamation of dynamic physical theatre, live music and experiential design bringing Mary Shelley's tale to life in a modern take that spotlights the dangers of unregulated technology. Sourced predominantly after Shelley's novel in conjunction with its 200th anniversary, the production – a commission from The Wallis – awakens new questions about moral responsibility for each generation. Featuring a cast of twelve, all doubling as musicians, the show is created, staged and composed by Four Larks' Mat Sweeney with design and choreography by Sebastian Peters-Lazaro, and libretto written with Jesse Rasmussen.

Official Website
This event page has been viewed 108 times.