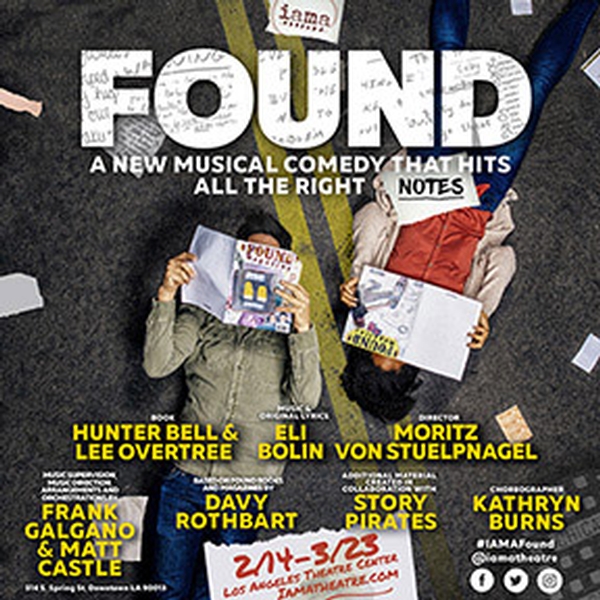 The West Coast premiere of a new musical comedy that hits all the right “notes.” Found isn’t just based on a true story, it’s based on hundreds of them! When the lost and broke Davy happens to find a peculiar note meant for someone else on the windshield of his car, it sparks an outlandish idea to collect the hilarious and revealing notes and letters that surround us every day. Along with friends, Denise and Mikey D, they're quickly swept up into a wild, comedic mission to share them with the world. Inspired by Davy Rothbart’s popular Found magazine, featuring

Official Website
This event page has been viewed 27 times.