Artists on the Move: Journeys and Drawings 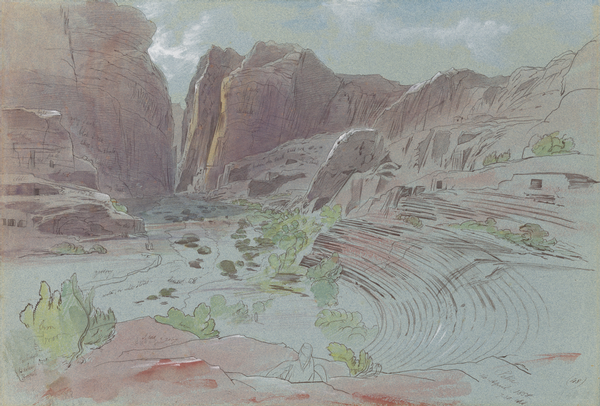 Since the tools were portable and the process itself was relatively quick, drawing came to be a preferred means of itinerant artists to record their observations. Artists favored dry media, such as chalk, metalpoint, and pencil, because they were portable and required minimal preparation. Sketchbooks protected sheets from creasing while also serving as hard surfaces to work on.

Featuring works from the museum’s permanent collection and from the Getty Research Institute, Artists on the Move: Journeys and Drawings looks at the travels of artists as they became exposed to different artistic traditions and new knowledge, while at the same time disseminating their own knowledge and traditions wherever they went. For instance, the red-and-black-chalk The Toilette of Venus by Swiss Joseph Heintz the Elder (1564-1609) attests to the artist’s absorption of sixteenth-century Italian conventions. With her elegantly curved body shown from the back, Heintz’s Venus simultaneously recalls the female figures of Raphael and those of Correggio, while the combined use chalk was typical of Roman draftsmanship during his visit in 1594. Struck by the strangeness and beauty of the ancient city of Petra – its sandstone ruins against the morning sky – the polymath Edward Lear (1812-1888) sketched the amphitheatre and its surroundings in haste before having to flee the site.

Through a selection of drawings, the exhibition also addresses some of the motives that prompted artists to embark on often arduous and dangerous journeys. A poignant example is Federico Zuccaro’s drawing from his renowned series recounting the artistic education of his brother Taddeo. It shows the young boy bidding farewell to the family as he leaves for Rome which, at the time, functioned as an important artistic center. The body language and facial expressions of Taddeo and his family members betray a range of emotions associated with travel: anxiety, excitement, sadness, and hope.


Official Website
This event page has been viewed 158 times.