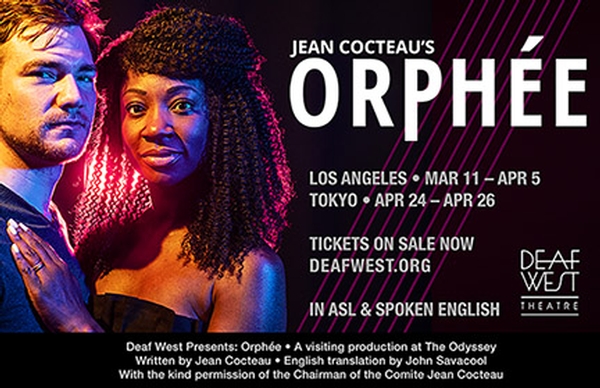 Orpheus, Eurydice, a trouble-making horse and Death herself converge in this very funny and irreverent reimagining of the Greek myth by surrealist poet, playwright and filmmaker Jean Cocteau. A celebrated poet with writer’s block, Orpheus sequesters himself in the countryside with his wife Eurydice, where he seeks inspiration. Deaf West Theatre views Cocteau’s whimsical, magical and highly visual French play, first performed in Paris in 1926, through a unique lens: translated from the French into Spoken English and American Sign Language, and slated for a run at the True Colors Festival in Tokyo, Japan at the end of April. Described

Official Website
This event page has been viewed 26 times.