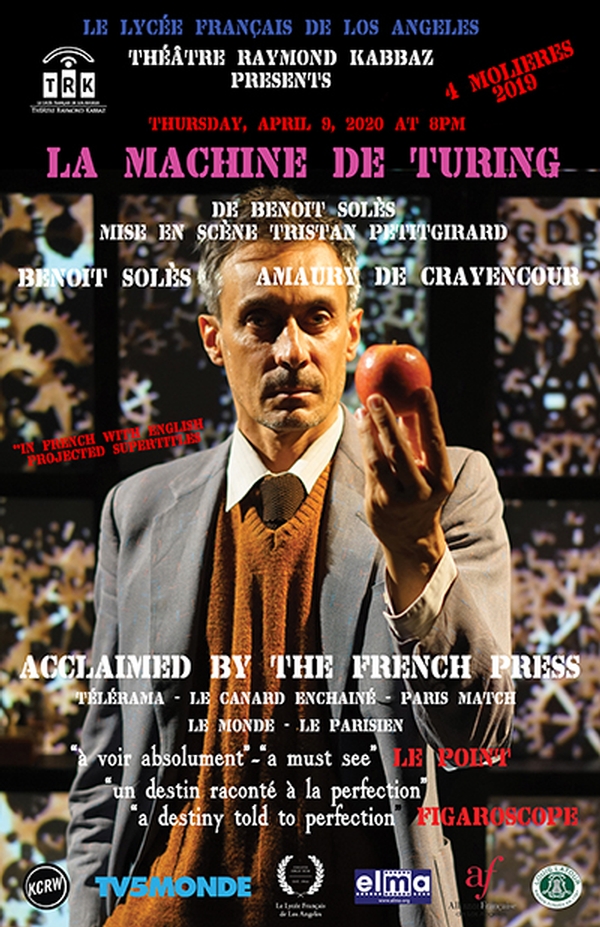 La Machine de Turing tells the life-story of war-time cryptanalyst Alan Turing. Alan Turing is the British mathematician who developed the Turing Machine, considered a model for the computer. Turing was instrumental during World War II for helping to break the German Enigma code. He was also gay, and after the war he was prosecuted by the British government and forced to take chemical treatments that would castrate him as opposed to going to prison. Written by Benoit Solès and directed by Tristan Petitgirard With Benoit Solès and Amaury de Crayencour **PLAY IN FRENCH WITH ENGLISH SUPERTITLES**

Official Website
This event page has been viewed 26 times.
bid=||