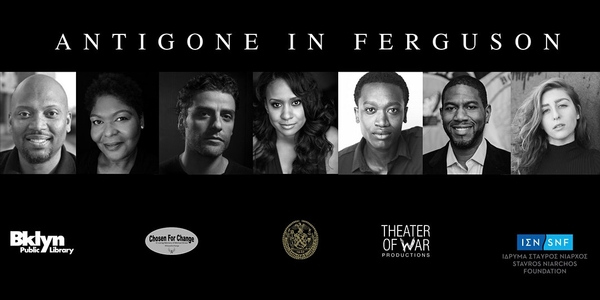 Antigone in Ferguson was conceived in the wake of Michael Brown’s death in 2014, through a collaboration between Theater of War Productions and community members from Ferguson, MO. Antigone in Ferguson fuses a dramatic reading by leading actors of Sophocles’ Antigone with live choral music performed by a choir of activists, police officers, youth, and concerned citizens from Ferguson and New York City. The performance is the catalyst for panel and audience-driven discussions about racialized violence, structural oppression, misogyny, gender violence, and social justice.

This special event is presented as part of "The Virtual Experience" 6th Annual Michael Brown Memorial Weekend in honor of the life of Michael Brown Jr., and will foreground the perspective of families who have lost their loved ones to police brutality and community violence.

Official Website
This event page has been viewed 27 times.
bid=||