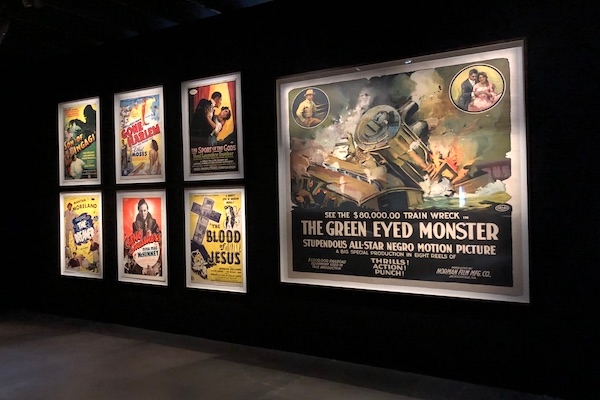 The Academy Museum of Motion Pictures will be celebrating its one year anniversary later this month. It's latest exhibit is Regeneration: Black Cinema 1898–1971.  This exhibition explores the visual culture of Black cinema in its manifold expressions, from its early days to just after the civil rights movement.

Regeneration tells its story through seven galleries and themes. “Introduction” considers the social and political situation of Black Americans at the dawn of cinema in the United States. “Early Film” looks at the representation of Black people in cinema from 1897 to 1915. Pioneering independent Black filmmakers such as Oscar Micheaux and films made for Black audiences from the 1910s to the 1940s are examined in “Race Films.” “Music and Film” takes stock of Black music in American film, from Black musicals to the lost art of the “soundie.” “Stars and Icons” shines a light on Black stardom. “Freedom Movements” documents a set of cinematic stories and careers born in changing times and politics. “Agency” tracks Black directors' daring and pioneering paths during the civil rights movement.

Official Website
This event page has been viewed 258 times.