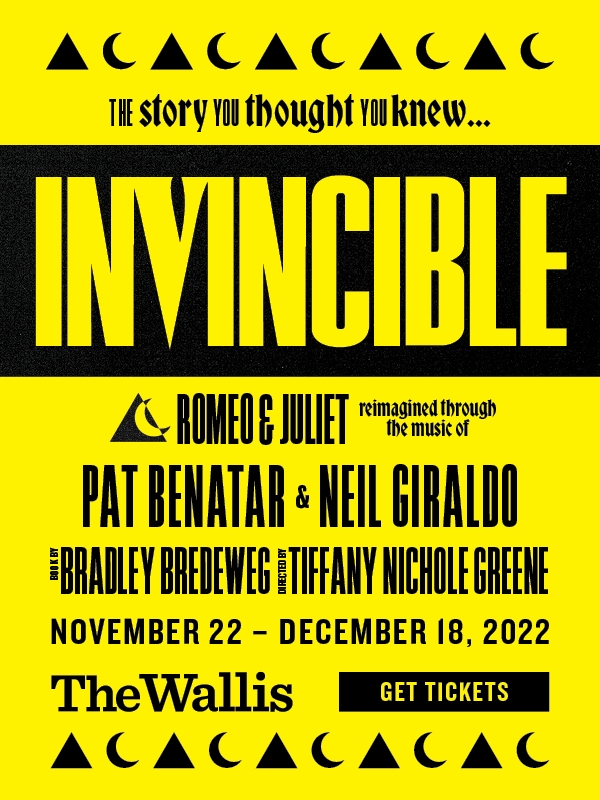 INVINCIBLE – The Musical, featuring the music of Pat Benatar & Neil Giraldo, reimagines the timeless story of Shakespeare's Romeo and Juliet for the 21ST century through an intricate weaving of the four-time GRAMMY® Award-winners and 2022 Rock & Roll Hall of Fame inductees’ legendary catalog and inspired new songs. This wildly inventive new musical explores how love and equality battle for survival in times of great transformation. Join our star-crossed lovers in the modern, war-torn metropolis of Verona as the newly elected Chancellor Paris vows to destroy the progressive resistance and return the city to its traditional roots. INVINCIBLE – The Musical imagines peace in a divided world. The running time of this production is two hours, including a 15-minute intermission.

This event page has been viewed 38 times.